Recent Frigid temperatures and Falling Demand for Electricity in Alberta

Over the last week all of Alberta was in the deep freeze. The Globe and Mail reported the penguins at the Calgary Zoo weren’t allowed outside.[1] All offered electricity supplies were utilized and in a few hours Alberta declared Energy Emergencies and began drawing down operating reserves. Prices spiked to $999.99/ MWh in a few hours [2] and the trailing 30 day average electricity price roughly tripled to more than $125/MWh .[3] Saskatchewan experiencing the same cold snap was unable to export any energy to Alberta in some hours.[4] The AESO reported a new peak load of 11,698 MW.[5] Solar generation (even during the day) was zero for many hours. With little or no wind the wind generation dropped to very low levels. In short it seems the Alberta system was operating near capacity in the last week.

Electricity Price and Solar Generation over the last week

Electricity Price and Wind Generation over the last week 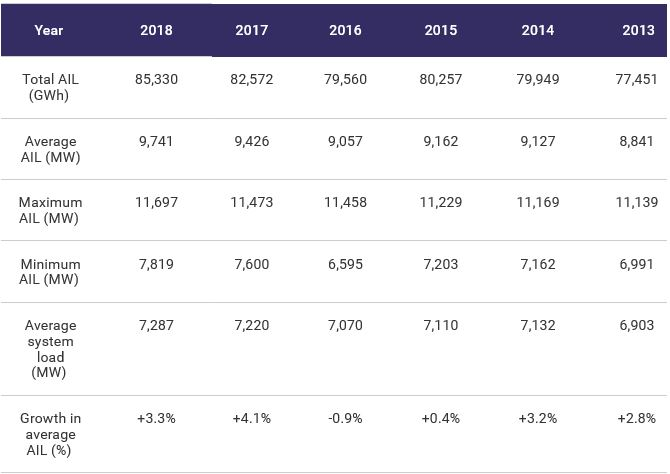 Declining electrical load can happen transiently but is not anticipated over the longer term. Had load grown at normal rates Alberta’s shortfall in available energy over the last week would most certainly been worse.