February 2019 was a cold month in Alberta. It was also a snowy month in many areas. It was also the month when the single transmission connected solar generation site in Alberta stopped generating for an extended period.

While the exact cause of the extended outage is not known – it might have been related snow cover on the solar panels. Snow began accumulating in Brooks around the same time the solar generation dropped to zero. 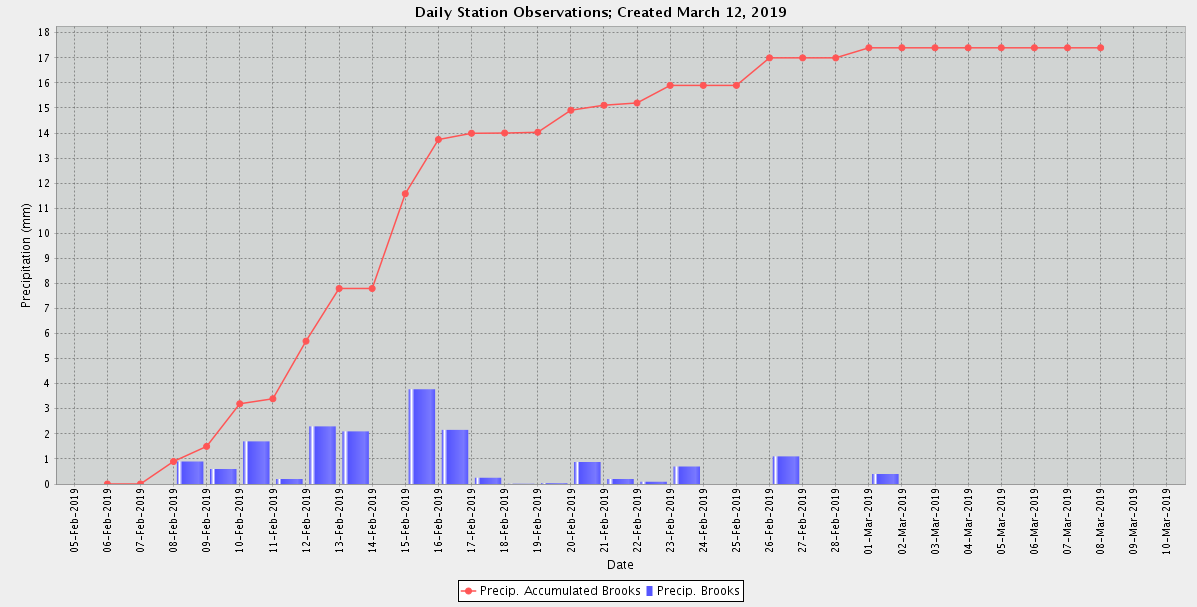 If accumulated snow cover was a factor it is reasonable to forecast this in the short term. This may become a useful local factor in anticipating solar generation output in the short term during the winter months in Alberta.