For the last week or more Calgary and large parts of Alberta have been shrouded in smoke from wildfires in BC.  The extent of the smoke can be seen from space as reported by the CBC at, https://www.cbc.ca/news/technology/bc-fires-satellite-1.4789298. 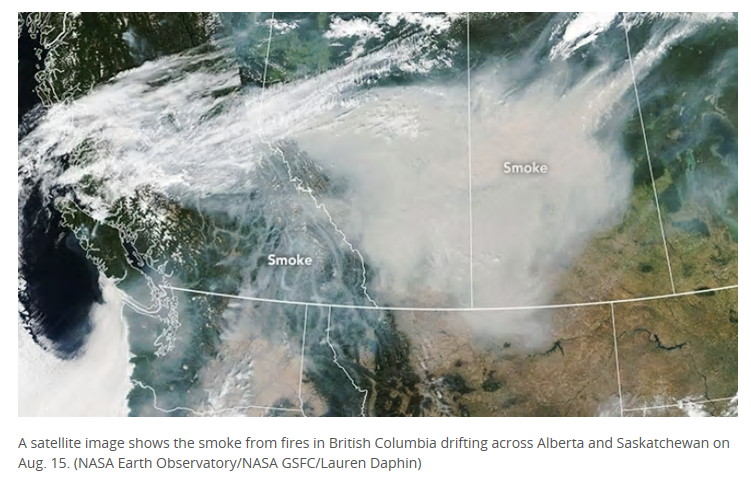 A trace of the same generation in the last week is shown below.

A clear drop off and change in the solar generation pattern is seen.  Daily peak values dropped to as low as 9 MW, the capacity factor was approx. 21% and generation averaged 3 MW – a 40% drop from the earlier week!